It’s The GorillazLand Show! With our special guest, Gorillaz for Beginners! YAAAAAAAAAYYYYY *flails arms in the air*

The marketing around Song Machine has begun to develop a pattern. First, we got the episode, then the Debunked session, then the instrumental; and now we’re starting to see keyframes from the Aries video via Gorillaz’ social media.

On top of this, the band’s online quiz to win a 20% store discount has been updated to test your knowledge of the Aries video; you can try it below.

So, you think you know Aries?
Prove it 😏
👉 https://t.co/LLbxfjJ1CX pic.twitter.com/hWKCFMUecs

We’re all stuck indoors right now, and so are the band. The news site Daily Star have interviewed Gorillaz to ask how they’re coping with the lockdown.

Music site, Loud and Quiet also interviewed Murdoc for their “Sweet 16” column; having him reminisce his youth and listing even more failed bands he put together before Gorillaz. You can read the article here. 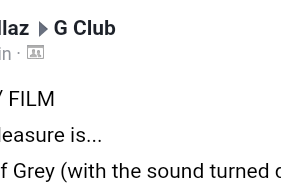 Jamie’s Instagram has once again given us another teaser, this time it’s a new image of 2D.

Gorillaz themselves took to Instagram too, posting a new Noodle Cam clip to their story. This video gives us footage from the Aries recording session with both of the song’s features.

Speaking of Jamie’s art, the upcoming Taschen book, ‘Jamie Hewlett – 40’ was originally planned for release yesterday (based on Amazon’s listing). While the book still isn’t out (or even officially announced), Amazon.fr have changed the release date of their listing to the 27th of May; which you can see here.

The Return Of Superplastic?

Last November, Superplastic blew us away with an incredible figure of 2D (which you can still buy), but recently a fan got in touch with the company to ask about the future of their ties with Gorillaz and got the following response…

It’s likely that amidst the collabs with DJ Whoo Kid & Steve Aoki, Gorillaz have been on the backburner for this company. Fingers crossed for some updates soon…

In G-U’s last fanzine, Jamie alluded to a project much larger than Song Machine being in the works right now; and Humility’s guest actor, Jack Black might have just revealed what Jamie was talking about. The Instagram screenshot speaks for itself.